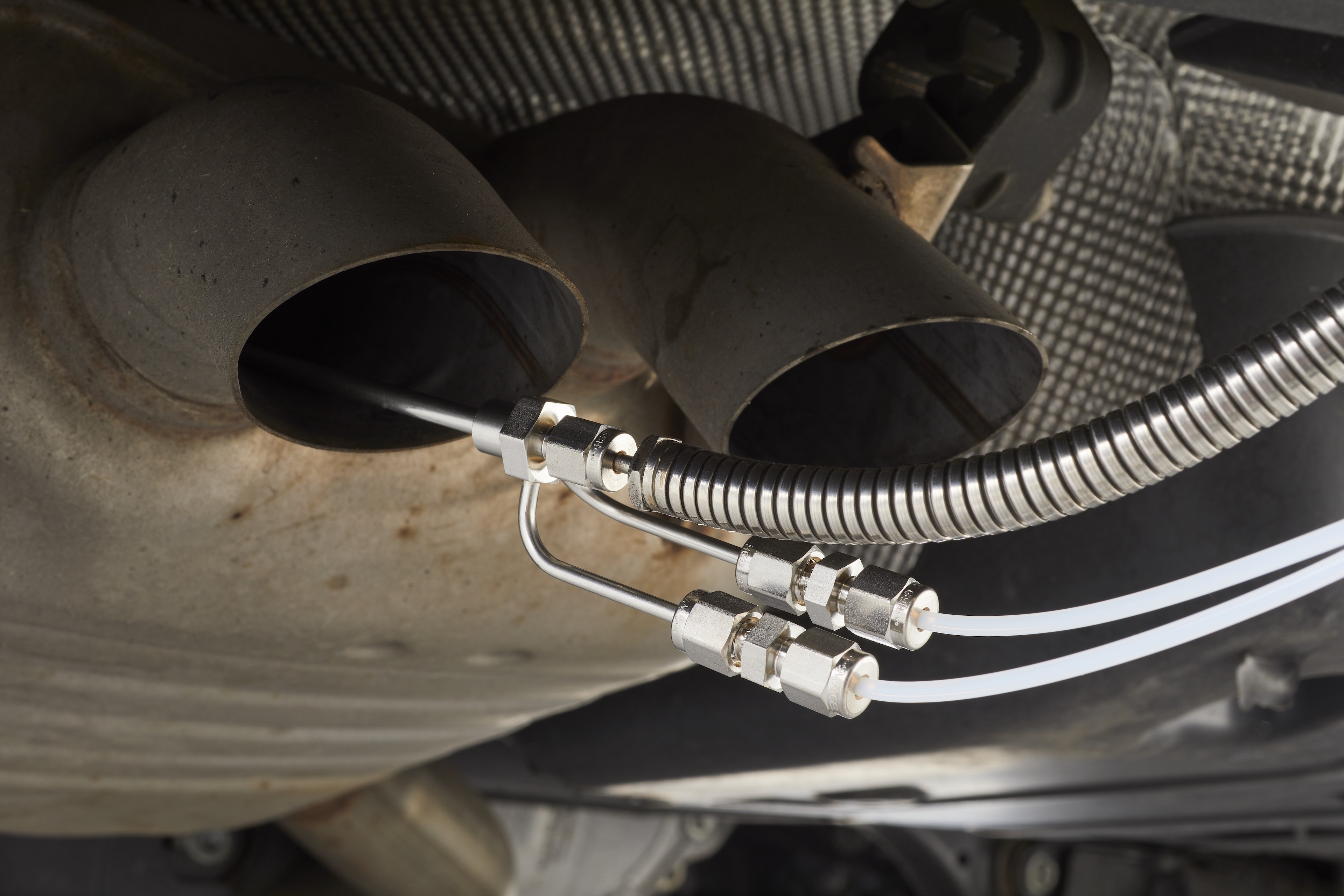 Real Driving Emissions (RDE) is now an integral part of European vehicle emissions testing. Perhaps its most challenging aspect for vehicle manufacturers and engine calibrators are the rapidly changing conditions under which the engine has to operate during real world conditions.

Typically, emissions are measured by Portable Emissions Measurement Systems (PEMS) but such systems tend to have response times of several seconds; smoothing out short-duration emissions events and making them difficult to identify alongside their associated engine conditions. Cambustion's fast emissions analyzers allow for identification of individual emitting events, such as gear changes, or transients induced by traffic lights.

A key feature of fast response analyzers is the millisecond response time and the ability to time-align and identify the engine parameters which are responsible for the “spike” of emissions at conditions such as: cold start, gear changes, hard accelerations and engine re-starts following decel fuel shut-offs. Often, a key parameter is the air:fuel ratio expressed as normalised “lambda” but spark timing, fuel injection timing and valve timing are also important.

An advantage of adapting the lab-based fast response analyzers for on-board use is to retain their flexibility of being easily configured by the end user for either in-vehicle or dynamometer use. The two-channel Main Control Unit and sample heads of the analyser remain largely unchanged but a compact accessory cabinet with integral vacuum pump, 12V inverter etc. is employed for RDE testing. A leisure battery can then power the system for the duration of the RDE test after an initial one-hour warm-up on mains power.

Mild hybridisation of gasoline vehicles is likely to be a key method of reducing their CO2 emissions in the future and several models are already available. However, their operating modes involve multiple engine starts and stops – fundamental transients which are associated with their own emissions events, especially when the vehicle’s engine is a Port Fuel Injected (PFI) gasoline engine with its inherent transient fuelling challenges.

Shown below are the transient emissions from a new 2017 PFI gasoline PHEV vehicle during a drive around Central London. The NOx concentrations have been correlated with the ECU-reported engine-out lambda. It is clear that the PFI engine experiences some lean transients during traffic negotiation and where this is sustained beyond the aftertreatment system’s abilities to cope, significant emissions are expelled from the tailpipe in this urban environment.

Fast data can also be combined with audio recording and video cameras – as seen at the top of the page. For example a forward facing camera, along with the vehicle display or gear stick can add further information to the analysis.

Another example of this technique and the tailpipe NOx emissions of a Euro 4 gasoline vehicle, measured using a fast response ChemiLuminesence Detector (CLD) with ECU data from the OBD port logged alongside can be seen in the video below.

Cambustion can provide the specialised on-board emissions equipment or measurement services. The equipment is suitable for sampling from most passenger car and heavy duty vehicles. Please enquire for more details.